Baltimore is known as the City of Firsts thanks to the many pioneering historical events that took place there. Among them the birth of American railroads and Samuel F.B. Morse’s first telegraph message from Washington DC along the B&O Right-of-way to Baltimore. Hey, even the Ouija board was invented and patented there. Thusly last week’s incredible ADI conference and expo in Baltimore was the perfect location and opportunity for the GENIO reps to showcase some of our amazing cutting edge stills in person to our industry friends for the first t 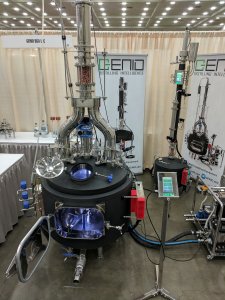 ime ever! The equipment displayed at the GENIO booth properly appeared to be as much the vanguard of distilling technology as the on-board automation software indeed makes it. On the display floor were the impressive GENIO 250 L jacketed still, the compact GENIO 50 L direct heated still, as well as the prototype for the brand new GENIO 250 L Mash/Still which as the name implies can be reconfigured easily and quickly to be used for either mashing or distilling for maximum economy of space and dollars. You read that right.

With around 1500 total attendees at the AD 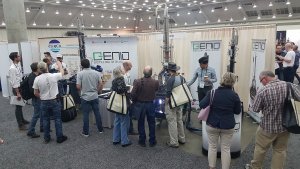 I conference from all over the US and the world, it was our first chance to tell the story of GENIO to a broader audience. Hundreds of established and aspiring distillers had an opportunity to see our stills for the first time fully assembled and ready to work as they stopped by our booth to talk to the GENIO reps. We look forward to continuing those conversations as so many people are expanding or starting up in our growing industry.

Another first at the ADI conference; the first time that the international GENIO team gathered together in one place. The team consists of yours truly USA reps Todd Pascarella and partner Brian Mulder from upstate New York, Adam Szymkow from Ontario, Canada, Tim Reardon from ACT, Australia, and of course the company founder and president Cezary Trzcinski all the way from GENIO’s home base in Młynarze, Poland. It was great to have everyone in the same time zone for a change which made conversation much easier! The current trajectory of the company right now is exciting to say the least and we had a chance to share a lot of thoughts and experiences with each other over the three days of the conference.  The GENIO reps are all experienced distillers themselves, and we had a blast comparing notes (and products) during our down time last week. Tim Reardon started the 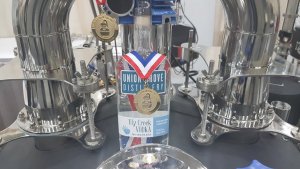 first licensed distillery in Australia called The Canberra Distillery and brought some of his fabulous gin to Baltimore. Adam founded Polonee Distillery in Ontario and soon will be breaking into Canada’s publicly controlled market with his painstakingly produced Kannuk vodka. Brian and I also run an operation called Union Grove Distillery in the Catskill Mountains of Upstate New York. We have been making an apple and wheat based product called Vly Creek Vodka for just over a year, which won two gold medals at the ADI competition last week. A first for us, and certainly cause for some celebration! 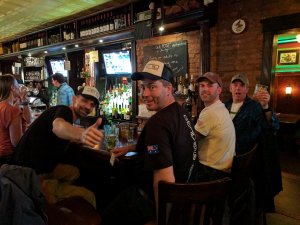 lso had a chance to further bond on a personal level which was great, talking over late 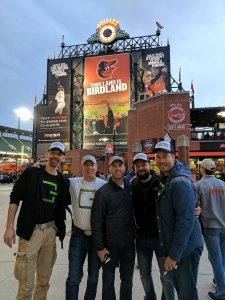 night cocktails at Baltimore’s harbor side bars, and even going together to watch the Orioles game Wednesday night after the expo was all broken down and put away. It was the first time attending a baseball game for Cezary from Poland and Tim from Australia, and we had fun explaining the rules and customs of our national past time while eating hotdogs and drinking beer as they gazed in amazement at the wide-open field of green lit up before us. 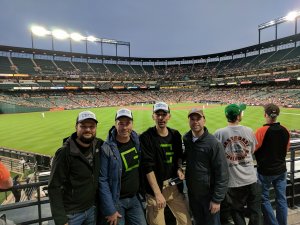 About the Author: Adam

Adam is the founder and distiller at Polonée Distillery Inc. located in Niagara Region of Canada. Adam immigrated to Canada from Poland at a young age and embraces the Polish culture by specializing in making vodka.